Andrew J. Blackbird was born in what is now Harbor Springs around 1815. His father was an Ottawa chief named Mack-e-te-be-nessy (Makade-binesi, "black hawk"). The name was mistranslated as "Blackbird", which became the family's English name. Mack-e-te-be-nessy was chief of the Arbor Croche, or Middle Village band of the Ottawas. Andrew was trained as a blacksmith but enjoyed education and attended Twinsburg Institute in Ohio and Michigan State Normal School, now Eastern Michigan University.

During the 1850s, Blackbird was a counselor for both the U.S. and Ottawa and Ojibwa peoples and worked to help Native American veterans receive pensions. He helped settle land claims and worked to achieve citizenship for Native Americans. He married and bought a house in Harbor Springs. He became the town's second postmaster in 1858. 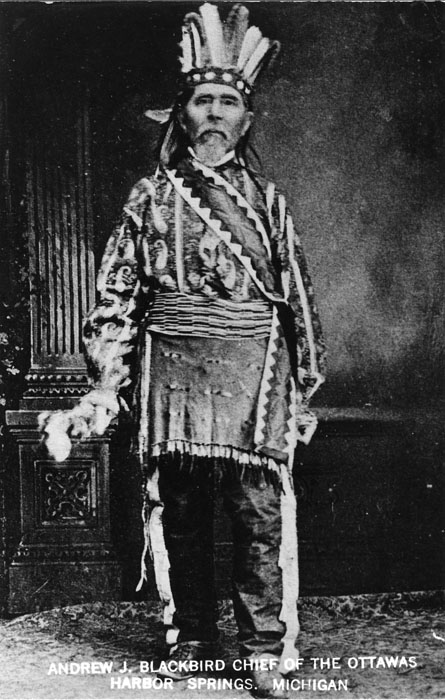 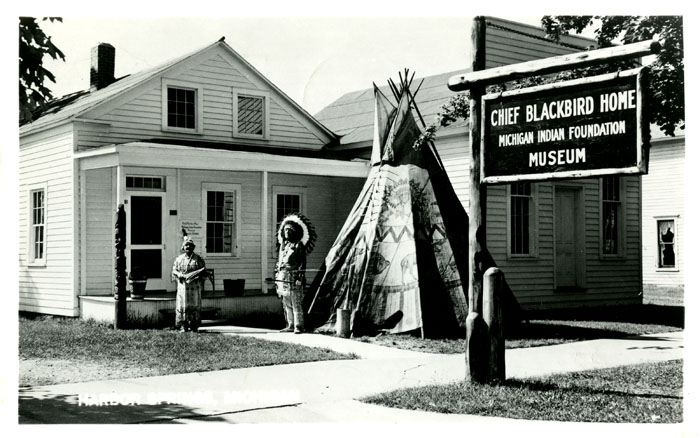